It was in the spring of 1986 that the Bangladesh men’s cricket team would play their first ever match against a full-time ICC member. The victory in the South-East Asian Cricket Conference Tournament two years prior had ensured Bangladesh qualified for a competition referred to as Asia Cup. In the years to come, the team and the tournament would define each other’s stories to an even larger extent.

Hosting the competition for the third time in 2012, Bangladesh would register their third ODI wins against the two World Cup finalists from a year ago before losing the final against Pakistan by a mere two runs, letting the continent’s major cricketing powers know that they were very much here. Silverware eluded the team but over the next three editions of the tournament, one of which was a T20 first, they would play two more finals, further establishing that reputation they had created in the early part of the decade.

However, as they march into the 15th edition of their favorite competition, the state of Bangladesh cricket couldn’t have been more chaotic. It was only two weeks ago that Shakib Al Hasan was named as the T20 captain for the Asia Cup and the World Cup later in October.

This was followed by the Bangladesh Cricket Board (BCB) President Nazmul Hassan announcing to the media that head coach Russell Domingo won’t be traveling alongside the team for the continental tournament. Sridharan Sriram had instead been appointed as technical consultant for T20s.

“There’s not going to be a head coach,” said Hassan. “We have a batting coach, a spin coach, fast bowling coach and fielding coach. We have the captain. We also have a technical consultant for T20s. He will give the game plan. We will have the team director, Jalal (Yunus, BCB’s cricket operations chairman) and myself. Who else do we need?”

That last line is definitive of Hassan’s over nine-year reign as BCB President. The 61-year-old has been known to hold the strings of not just the overall sporting structure as President but also having his say in terms of team selections, openly criticizing the team and the management on not just their performances but even for not consulting him with regards to the XI.

An ODI defeat against Sri Lanka as part of a bilateral series had led to the BCB President referring to some of the Bangladesh team dismissals as ‘ugly’. One could only have hoped for the wrath of the sky falling down on the players and the management post a horrid T20 World Cup campaign in UAE last year, where they lost all five of their Super 12 fixtures. A two-member ‘fact finding’ committee of BCB directors Jalal Yunus and Enayet Hossain was formed with the purpose to review the team’s dismal outing in the world event.

Less than a year later coach Russell Domingo and captain Mahmudullah, who had expressed concerns over the criticism of players from the board, have found themselves stripped off of their respective positions in the format.

In a recent interview with Bangla daily, Prothom Alo, Domingo opened up on his snubbing and what he referred to as the biggest challenge of Bangladesh cricket.

“I won’t say that I was shocked but as a coach, you have to be ready for everything and if the team is losing you cannot guarantee your future. I know there are a lot of questions about the team and considering that it (my removal from T20s) wasn’t totally unexpected,” he said. 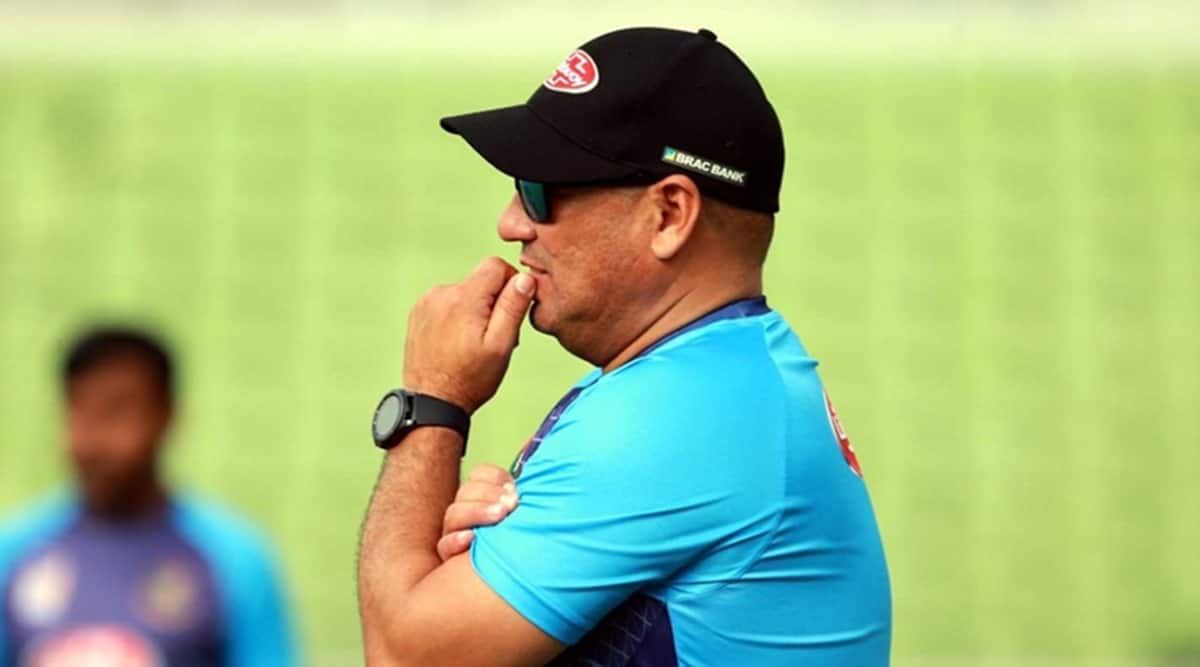 Domingo opened up on his snubbing and what he referred to as the biggest challenge of Bangladesh cricket. (File)

The 48-year-old further added on how his coaching was an alien experience for the players in terms of their treatment.

“If you criticize them harshly you cannot get the best out of them and I didn’t want to do that (criticize) because cricketers need time to learn from their mistakes and take their own decisions,” Hassan said.

“In the last eight to 10 years, cricketers did not get this kind of coaching and they cannot think anything on their own because the board scolds them and the director of coaching (Khaled Mahmud) scolds them and they were told in every step what they need to do and this is the biggest challenge of Bangladesh cricket because cricketers cannot think anything on their own.”

Weakest in the Asia Cup group?

They may not have played a single ball of cricket at the tournament but it isn’t just off the field chaos that Bangladesh have been associated with. With Afghanistan having started off the Group B action with a juicy Net Run Rate boosting win, the pressure should ideally have been on Sri Lanka with the men in green and the runner ups from the last two editions still having two fixtures to play. But captain Dasun Shanaka’s post-match presser highlighted otherwise as he termed Sri Lanka’s next fixture, ‘easier’.

Mind games? Maybe. But that Afghanistan have positioned themselves an equal, perhaps slightly favorite of both Bangladesh and Sri Lanka is more of a fact than assumption in 2022. Their top of the group seating at the moment is justified by a better W/L ratio in T20Is since 2021 (1.714) than both the other teams in group (0.619 and 0.476).

Granted, they may face top ranking sides not often, but how about a better head to head. Afghanistan have won five of the eight meetings against Bangladesh.

And so, even on their return to a tournament where they have played some of their best cricket in the last decade, the odds against Bangladesh have never been higher. With the burden of chaos on their shoulders and their standing among their opponents, an appearance in another final won’t be ideal but well expected of them.