Behind the mayhem, experts say, is a drainage infrastructure unable to withstand such a high intensity of rainfall. Gurgaon, which is located at foothills of Aravallis, earlier had hundreds of water bodies, lakes and bunds (embankments) in low lying parts, which acted as natural drainage columns by storing water and preventing flooding. Over the years, urbanisation and concretisation has taken place either on top or in the route of natural drains, blocking the natural course of water. According to a report of district administration from 2018, Gurgaon had over 640 water bodies in 1956, which reduced to 251 by 2018.

“From sectors 68 to 80, the drainage network does not exist and in sectors 81 to 112 near NPR, only 60-70 percent of the area has a drainage network. Often, the drainage lines are choked due to construction debris or encroachment and they do not have sufficient capacity to carry the heavy surface runoff during monsoons. If the drainage network is discontinuous, roads will be submerged with rainwater,” said an urban transport systems design expert.

Among the worst hit areas on Thursday was the Narsinghpur-Khandsa stretch on the expressway, where water usually accumulates due to its topography. “It’s a low lying area. Due to the slope of the surface drain at the stretch, rain water used to flow to the culverts before it got scattered, but over time due to habitation and urbanisation, the culverts have been rendered useless. So, when the intensity of rainfall is heavy, it gets flooded,” said an official of the GMDA. Officials said that five pumps have been deployed to pump out rainwater, but due to continuous rainfall, it would take time for water to recede at the stretch.

At Mayfield Garden near sector 51, the ongoing desilting work of a drain caused flooding, said officials. “For the desilting work, a wall had been built and plates had been put up in the drain. Though we quickly removed plates and broke a section of the wall, the water pressure was too high, and due to this, rainwater accumulated at the stretch,” said the official.

On Friday morning, too, as rain continued to lash the city, commuters waded through the waterlogged underpass at Rajiv Chowk. Officials said that though underpasses were not affected on Thursday, cables of four pumps installed at the Rajiv Chowk underpass were found stolen on Friday morning, due to which some water accumulated there. “It was noticed that pumps were not operational in the morning at Rajiv Chowk underpass since the cables of the pumps were stolen on Thursday night. Vehicles were able to pass through,” said an official. 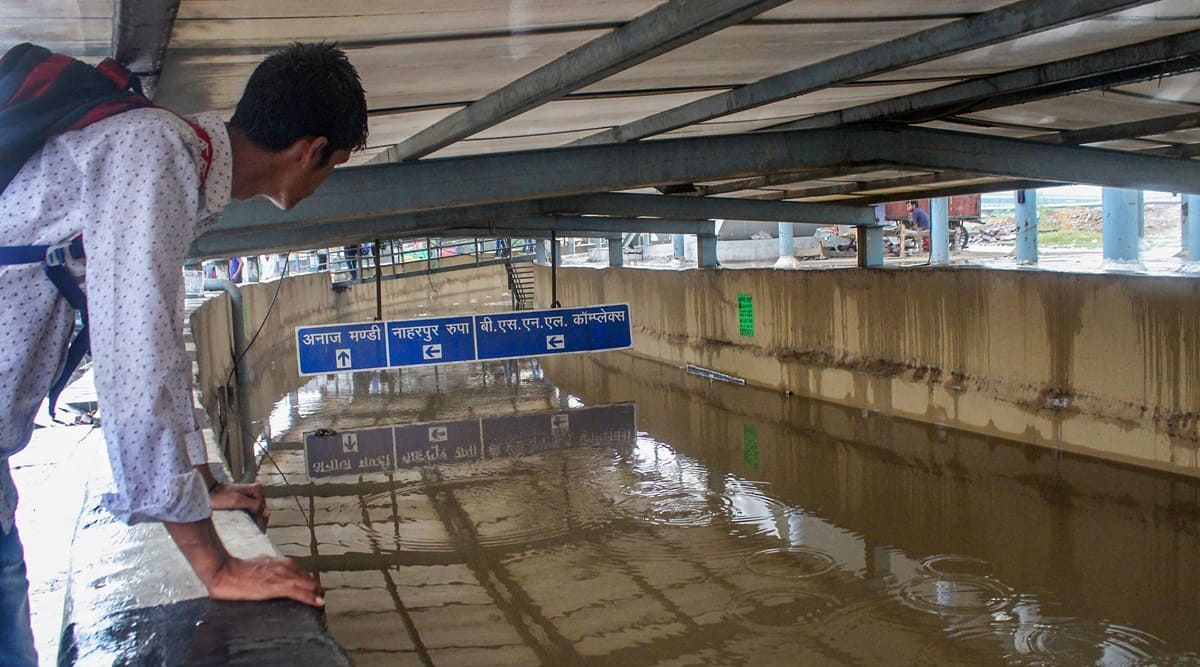 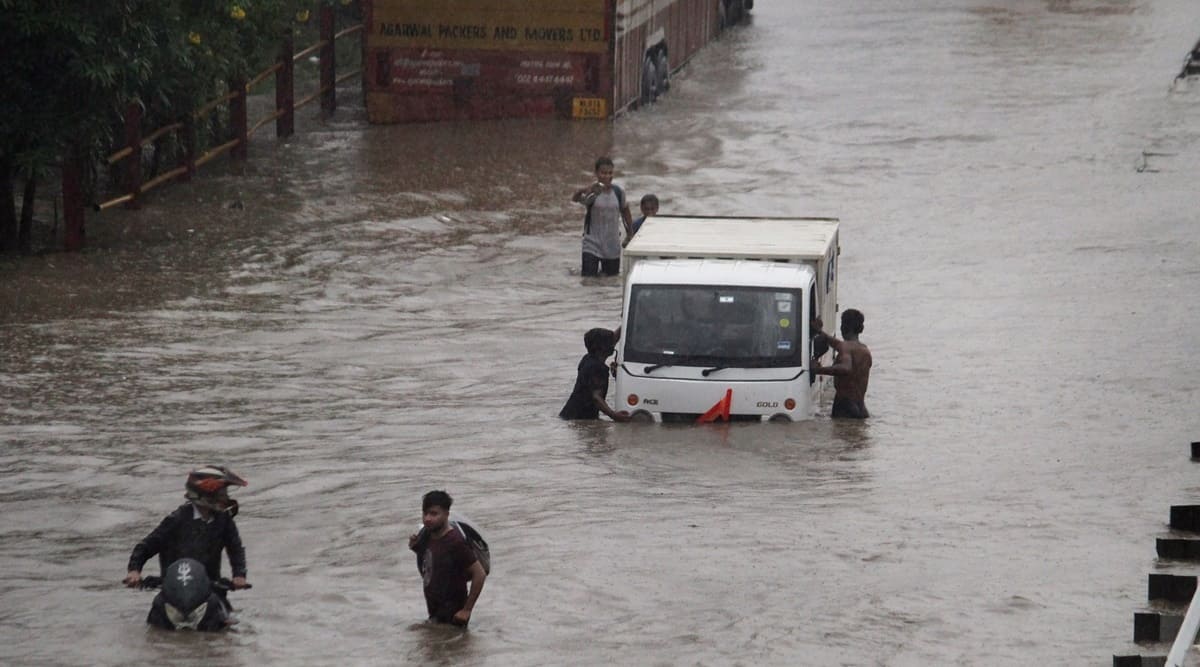 Commuters try to move their vehicle through a waterlogged road in Gurgaon on Thursday. (PTI)

The rain left pedestrians and commuters stranded for hours as some vehicles broke down and serpentine queues were seen on the national highway 48. The situation prompted the district administration to issue an advisory at 10.15 pm asking corporate offices and private institutions to guide their employees to work from home to avoid traffic congestion and ensure that repair work can be carried out smoothly by civic agencies.